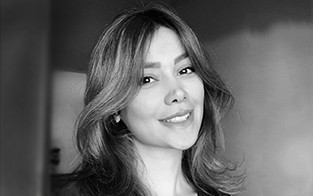 Sahar is an architectural designer with B+A Architecture, while she completes her Master’s Degree in Architecture. A talented young designer, she is fascinated both by the conversion of historical buildings and by designing modern structures. Sahar also has a keen interest in the construction sector.

After graduating with a Bachelor’s Degree in Electrical Engineering and Architecture in her home country of Iran, Sahar came to the US to study at Iowa State University. She is due to graduate with a Master’s Degree in December 2020. Sahar has already turned heads while at Iowa State. In her first semester, she won recognition for her conversion of a historical Chicago building into an urban farm. She has also been a finalist in a challenge from Des Moines-based architecture company Envision.

Having grown up with a father and brother who own a construction company in Iran, Sahar was interested in building from an early age. Her family’s construction of residential buildings has provided her with a keen interest in the construction sector, while her love of creating art has drawn her to architecture. Sahar will happily lose herself for hours in the design process, where her keen attention to detail comes into play.

When she’s not indulging her creative side through architectural design, Sahar likes to play kalimba and practice speaking French. She also loves spending time in nature, as well as working out. A driven young person, Sahar is also busy working on her construction management certification in order to more fully understand the construction process and to complement her architectural knowledge.